The Evolution of Vehicle Telematics: How we Got to Now

Telematics – the remote monitoring and collection of vehicle data – is nothing new. Through the use of location, speed, and engine computer data, telematics helps to reduce fuel and maintenance costs, improve coordination and scheduling, and helps with safety and compliance. With all these great benefits, what took so long for this technology to arrive? Public Global Positioning System (GPS) and commercial vehicle navigation systems have been around since the 1980’s.  However, modern telematics includes much more than these early location tracking systems. How did we get to telematics today? Let’s take a look at how the convergent evolution of GPS, vehicle On-board Diagnostic (OBD) systems, and wireless networks have come together to form modern telematics.

The roots of telematics started with vehicle location tracking. The GPS network of satellites started as a military project in the 1960’s with growing precision as the technology improved and more satellites were added.  Though the initial commercial use case was airline navigation, other applications quickly emerged.

Location is one thing, but telematics also involves the transmission of other kinds of vehicle data. Engines are incredibly complex systems. Over time they have made growing use of electronic sensors and computer systems to coordinate various sub-systems and optimize performance.  This data can also be used to identify when something is wrong.

Wouldn’t it be nice if vehicles had a simple interface to give you all the data they have? That’s exactly what On-board Diagnostics (OBD) systems do. OBD systems interface with the vehicle’s built-in sensor systems to report on vehicle status and problems. Initially these systems had proprietary interfaces that could only be read with specialized equipment from the vehicle manufacturer. This data was great for repair technicians, but the many different interfaces and data formats left the market created a fragmented market. In an effort to help reduce emissions through standardized reporting, the state of California started to push the industry toward a single specification. In 1996, a standard system, called OBD-II, was mandated for all cars manufactured in the United States, creating a market for interfacing with these systems. OBD-II included the SAE J1962 connector that is still in common use for passenger vehicles today. Similar systems were later required for some commercial vehicles as part of Heavy Duty On-board Diagnostic (HDOBD) specifications   These systems evolved from providing simple “check engine” messages to supporting dozens of sensors or more with detailed diagnostic information that includes everything from fuel usage rates to cylinder misfires. 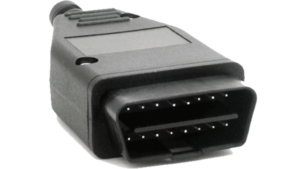 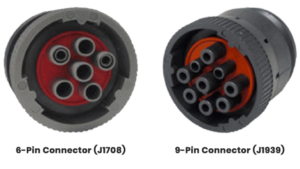 What can you do with all this data? OBD data was originally designed to be read by technicians who had physical access to the connector. Telematics takes this data and sends it remotely so the technician does not need to be physically there. Remote access to this data is not only convenient for identifying issues, but it can also be used to help prevent the need for major repairs in the first place. Rather than waiting for something to break, telematics can be used to identify when a its time for lower-cost, routine maintenance.  A central dispatcher can keep an eye on a large fleet and schedule pro-active maintenance appropriately - when it is needed but before its too late. As an added bonus, telematics data often includes speed an acceleration data that can be used to identify bad driving habits that no only lead to more wear but increase accidents.

Generating a lot of telematics data does not do much good if you can’t economically send it anywhere. The third piece that has evolved considerably to enable telematics is wireless networks. Initially vehicle location systems relied on two-way radio networks that were restricted to specific areas. As cellular data networks evolved, vehicle location systems started to work anywhere in the country. These systems were initially large, power-hungry, had spotty coverage and were expensive. The mobile phone industry helped to miniaturize components, make coverage near ubiquitous, and significantly reduce prices. As the electronics became smaller and mobile data networks became more commonplace, it started to become cost effective to put dedicated mobile data radios in vehicles and accessory devices.  To better service he growing market for Internet-enabled devices, commonly known as the Internet of Things (IoT), mobile phone providers are now offering specialized wireless network services optimized for these devices like LTE-M and LTE NB-IoT.

Today, a complete telematics system with GPS, OBD interface, and nationwide coverage can is no more than a few inches in size. The main reason it isn’t smaller is because it would be too hard to plug in! Many vehicles, especially high-end commercial ones, now have telematics as a standard option built-in. As new technologies like drive-by-wire and autonomous driving are introduced, vehicles are producing more and more data. Manufacturers uses this data in aggregate across models to look for design flaws and to make improvements.  Many manufacturers now provide software updates that can improve performance without any physical changes. 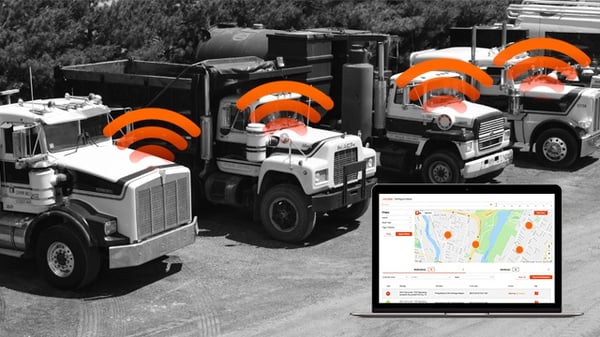 Chad is an analyst and consultant at cwh.consulting, a product management, marketing and strategy advisory. His recent experience and projects include authoring an extensive report on the applications of artificial intelligence in communications services, managing a new product incubator program, launching a communications infrastructure startup, product marketing and ownership of various communications products.

View all posts by Chad Hart

Some Surprising Benefits of GPS Tracking for Construction