How Construction Infrastructure and Technology Provide a Solution for Economic Recovery: Stopping a Pandemic Recession 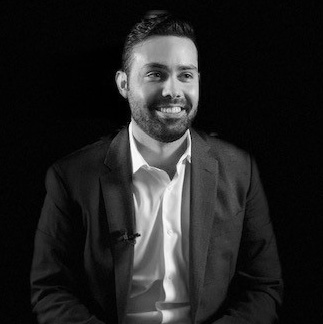 As the world is going through the global COVID-19 pandemic every business and every individual has been affected. It has changed how businesses operate and whether they can stay open as “essential” or shut their doors permanently. The pandemic has spiked unemployment and put millions of people in a state of anxiety. Although most of us have not lived through challenges such as those caused by the pandemic, it isn’t the first time the US has encountered something that had an impact of this magnitude.

“You have to know the past to understand the present." Carl Sagan

The Great Depression caused arguably one of the highest unemployment rates the United States had ever seen and with that the cause for reform and government funding provided much needed jobs and infrastructure to be built with the Works Progress Administration (WPA).  The WPA provided money to build post offices, university buildings, roads and more.   In 2009, the US put into effect the American Recovery and Reinvestment Act of 2009 (ARRA) which put money into infrastructure spending to put an end to the recession.

Today, the current leadership has developed a $2 trillion dollar plus infrastructure plan (Phase 4), which is an important step for stabilizing the economy and getting people back to work.   Some people argue that we are now in a recession, while others say that it isn’t here yet.  However, looking at our present state, one thing is for certain: infrastructure spend could stop the recession based on history.  History has shown us that construction is one industry that can help the country get back on track from an economic perspective and plans currently in the works are being influenced by this.

How does infrastructure spend stop a recession or bolster the economy?

First, it brings citizens back into the workforce.  The number of workers needed to complete infrastructure projects—both construction and technology—will reduce unemployment and bolster the economy as employed individuals are more likely to spend, thus putting money back into the economy.

Second, it brings benefits into the private sector.  When roads are fixed or bridges are built private businesses benefit from savings in transportation costs for transporting goods (which can trickle down to a direct savings to consumers).  The supplier in turn can produce and deliver more goods at a lower cost, which trickles down to a direct savings to consumers—which is a key determinant for long-term economic impact.

Some may question whether it is worth it to invest in this infrastructure or if there are better areas that could have the same effect.  Perhaps, but it is no secret that the US is behind—as much as 30 years—in updates to some infrastructure like roads. The recently passed plan includes funds to improve more than just bridges, rail, airports, and highways; it also includes improvements to broadband (which is woefully behind and the number of people now telecommuting and remote-learning could prove to be challenge for our current broadband technology to support the new strains on it), the move to 5G internet connectivity and water infrastructure projects as well.   By spending on infrastructure, we are doing more than just helping the economy now, but also building for a better future.

As seen in the past, infrastructure spending will aid in slowing and/or rebounding from a recession. Construction companies will need to be prepared to meet the demands and have all the available tools and technology resources in place to most efficiently execute key infrastructure projects.

In order be best positioned for the work to come and be shovel ready, contractors should take this opportunity to implement construction technology now.  Liken these times to the yellow flag stage of a NASCAR race. Everyone is moving at a slowed pace which provides the optimal time to make a pit stop before the green flag is up and everyone is off and racing. Prepare now, and you will be ahead of the pack.

Austin is leveraging his international experience in construction operations for civil, building, and energy projects with The Conti Group, which has built successful, reputable businesses that make a positive impact on the world in construction, engineering, renewable energy, real estate, technology, and biotech. His passion for entrepreneurship has led him to create a construction technology platform built on over a century’s experience from The Conti Group.

View all posts by Austin Conti